You are here: Home / Health / Why Has Ranitidine Been Banned? 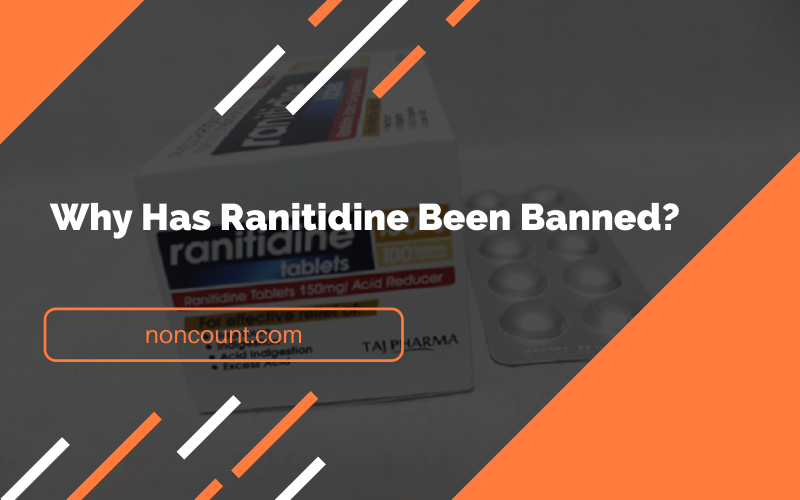 Ranitidine, marketed under the brand name Zantac, settled Americans’ upset stomachs for decades, with many people reporting having taken the drug religiously every single day. But disturbing new research spurred a tidal wave of recalls of what once referred to as the world’s bestselling drug. So, why has ranitidine (Zantac) has been banned? It may cause cancer.

Ranitidine is the generic name of Zantac, a popular heartburn drug that reduces stomach acid production and, until recently, was successfully used to treat stomach ulcers, gastroesophageal reflux disease (GERD) symptoms, including heartburn, and upset stomachs after a copious meal. Ranitidine is scientifically known as a histamine-2 blocker.

Histamine-2 blockers, which include nizatidine, cimetidine, and famotidine, are reportedly safer than another class of heartburn drugs, the proton pump inhibitors (PPIs) because they haven’t been associated with nasty side-effects, such as chronic kidney disease, loss of bone density, pneumonia, and early death after long-term use.

Zantac was one of the planet’s first drugs to top $1 billion in annual sales, but recent studies and a federally funded investigation have found a link between ranitidine and increased risk of cancer.

Why Has Ranitidine Been Banned?

Earlier this year, the Food and Drug Administration (FDA) ordered manufacturers to issue recalls of all prescription and over-the-counter ranitidine drugs from the U.S. market. According to the federal agency, some ranitidine drugs, including Zantac, are contaminated with N-Nitrosodimethylamine (NDMA), which is potentially cancer-causing.

In Oct. 2019, the agency issued its first warning regarding the safety of some generic formulations of ranitidine, Zantac included, as the drug may cause cancer. Following the FDA’s move, no formulation of the drug will be available for sale in the United States.

While the research is still ongoing, there’s already a laundry list of the types of cancers ranitidine may cause, such as:

How Bad Is NDMA?

NDMA is a compound that was once used to make rocket fuel. It can be found in tobacco, dairy, vegetables, cured meats, and even chlorinated tap water. The World Health Organization warns that NDMA may cause colorectal and gastric cancer.

Liver damage and liver cancer are also on the list, as the chemical is extremely toxic to the liver. It may also cause irreversible DNA damage.

NDMA is currently considered a Group 2A carcinogen, which means that it may cause cancer in humans, but the evidence is not conclusive. In rat studies, NDMA caused high levels of toxicity, liver damage, gastrointestinal bleeding, and severe damage to the lungs, spleen, myocardium, and kidneys.

In humans, short-term overexposure can lead to abdominal cramps and diarrhea, icterus, enlarged liver, vomiting, headaches, and fever. A study by an independent pharmacy has found that the amount of NDMA may increase 3,000 times over the safe limit if contaminated products such as ranitidine are stored at higher than room temperatures.

I Was a Zantac User. What Should I do Now?

While the jury is still out there on the dangers of NDMA in ranitidine, the FDA urges all Zantac users to discontinue use and consult with their doctors over safer alternatives to the heartburn drug. Especially, patients that took Zantac on a regular basis to treat a chronic condition are asked to stay away from the drug since the risk of cancer increases as the NDMA keeps building up.

Also, it is highly advisable not to throw away the drug as you might need it to build a strong case if you or a loved one are diagnosed with cancer. A Zantac attorney will need evidence that you used the heartburn drug on a regular basis for years, and empty drug bottles and receipts can come in handy.

Also, know that you are entitled to a free legal consultation if injured by Zantac to see what your options may be. Most Zantac lawyers work on a contingency basis, so they can’t get any remuneration unless they win your case. You could also file a lawsuit on behalf of a loved one if that person is too disabled to do it themselves or has died as a result of the injuries caused by the drug.

To Wrap It Up

The ongoing Zantac scandal has revealed that even the drugs that have the regulatory nod and have been around for decades, may come with adverse effects that we learn about only after the damage has been done. Ranitidine is no exception, and if you’ve been a diehard user and were recently diagnosed with cancer, you might have a strong case against the manufacturer and press them for compensation.