Turmeric is the spice that gives the yellow color to South Asian dishes. In the outlook, it is a lot like ginger. However, in coloring and texture, it differs; it is deep orange color with a dry and hard texture.

Turmeric, in the subcontinent, has always been a well-known home remedy for disinfecting and healing wounds. There are numerous healing properties attached to the spice, making it a valuable herbal medicine along with being a staple item. Turmeric is made up of many compounds; the best known is curcumin.

Modern science has discovered that curcumin is the compound that is responsible for most of the health benefits of turmeric. But since it is only 3% of turmeric, it can’t be taken in a lot of quantity through raw turmeric.

Hence to benefit from turmeric, it is better to take its supplements as they have a higher concentration of curcumin along with compounds that enable absorption of curcumin in the bloodstream.

Turmeric has risen to fame as an anti-inflammatory agent. Inflammation is a complex biological process and can happen in a multitude of forms. Inflammation happens when our immune system responds to external stimuli.

Stimulus activates the antibodies, and they concentrate in the region showing abnormality, attacking the soft tissue trying to get the area back into its original form. It causes inflammation, which can be seen as redness or swelling from the outside.

Turmeric, or more specifically curcumin, works at the molecular level to reduce the inflammation. It is known to work better than medicines like Advil or ibuprofen in sedating the inflamed region.

Radicals are the cause of many pathological diseases and aging of the human body. Curcumin in turmeric is a very effective anti-oxidant. It binds with the free radicals to neutralize them.

You should buy turmeric powder because it is better to directly take turmeric powder instead of getting synthesized or processed anti-oxidant food. Why subject your body to more toxins in the form of preservatives when there is a non-tainted source like turmeric available.

Heart diseases are the number one killer around the world. These are the most complex type of ailment. There are multiple causes of cardiovascular diseases, such as free radicals and build-up of plaque in blood vessels. Turmeric helps in dissolving the plaque.

It regulates the blood pressure and cholesterol level that reduce the chances of blockages in blood vessels, which further prevents the possible development of heart diseases.

Even though the diet plays a huge role in the health of your internal organs, but if you have genetic or environmental disposition in developing heart disease, turmeric intake can decrease the risk.

Patients of osteoporosis suffer from joint pains, causing extreme discomfort in movement and difficulty in performing simple chores. It is a chronic disease that comes with age with no permanent remedy. Daily intake of curcumin has proven to help reduce the symptoms.

It is observed that taking a daily dosage of turmeric supplements helps the patients live more comfortably. It reduces the inflammation hence slowing down the effects of the disease.

Itching and pain in joints can happen for many reasons other than osteoporosis or arthritis; turmeric, with its unique healing properties, has proven to be an effective remedy. Ointments with high turmeric percentage are authenticated healing agents and pain relievers for external joint injuries.

Many studies and surveys have shown that obesity can result from factors other than an unhealthy intake of food and inactivity. It can also be an outcome of metabolic syndrome: when the metabolism doesn’t perform its job well. Turmeric, as it turns out, helps fasten up the metabolism.

A good metabolism means a higher expenditure of energy and excretion of unwanted substances from the body.

Curcumin is also remedial for fatty liver. All these things will result in the shedding of unwanted weight.

Chronic kidney disease means a complete kidney failure eventually, resulting in dialysis or organ transplant. It is a painful situation that may result in heart failure, too, because of dialysis.

Kidney failure occurs from the decreased and inadequate activity of nephrons in kidneys that perform kidney function. Curcumin is a nephroprotective agent. It protects the nephron from degenerating. For a healthy kidney, nephrons need to be functional and filter out the waste for the blood to stay clean.

Curcumin is a rare agent that prevents and slows down the demise of nephrons, which can be caused by type 2 diabetes, high blood pressure, obesity, consumption of intoxicating substances, and genetic disorders.

According to research, among the causes of mental diseases like Alzheimer’s and dementia, free radicals also seems a likely cause. Moreover, clumps of plaque also form in the brain impairing brain functions.

Turmeric has proven to halt the deposition of amyloid-beta plaque in the body, and it can do the same for the brain too. Also, it is a well-established fact that curcumin is an anti-inflammatory and anti-oxidizing agent. To date, Alzheimer’s and dementia do not have any cure; however, curcumin has the potential to halt its onset.

It is deduced from the fact that the elderly from Asia whose diet is rich in turmeric suffer far less from these diseases than those in the west where turmeric isn’t used in food. Few known factors of mental diseases can be cured with turmeric. Thus, it can be concluded that it is good for mental health. 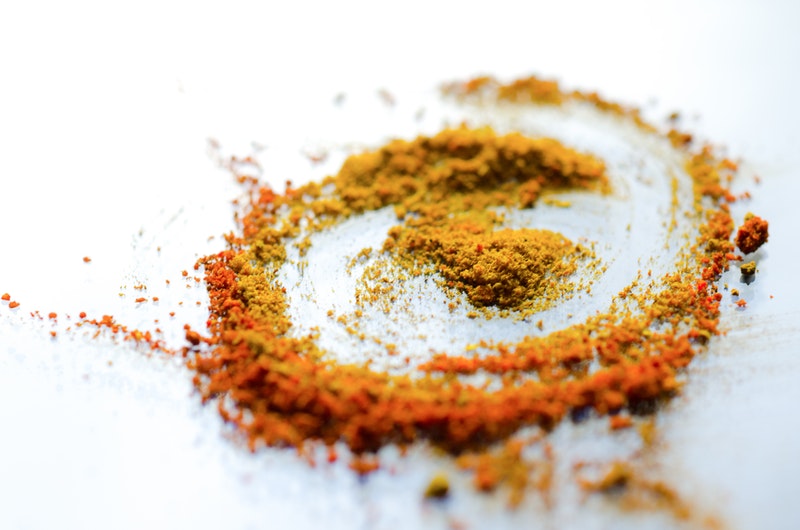 8. Turmeric is a natural anti-septic:

Turmeric in South Asian countries has been used as a natural antiseptic for centuries. It is used for small cuts, burns to even dress and cleaning of surgical wounds. There are no known side-effects of its usage.

Turmeric is antibacterial and anti-viral, so it prevents the wound from any further infection. It is also known to help in healing, better cohesion of tissue cells, and contraction of wounds. It is a well established skin-healing agent.

Turmeric is an important component in homeopathic medicine in the South Asian region. Intake of turmeric has shown no adverse effects on health. Though it has been recommended that pregnant women and young children should not take it in large quantities as there is not sufficient research on its effects on them.

Turmeric, especially curcumin, is not easily absorbed into the digestive system and, for the most part, goes through the digestive tract. Therefore, the intake of supplements of turmeric powder is encouraged.