You are here: Home / Health / Why Some People Are More Inclined to Become Alcohol Dependent? 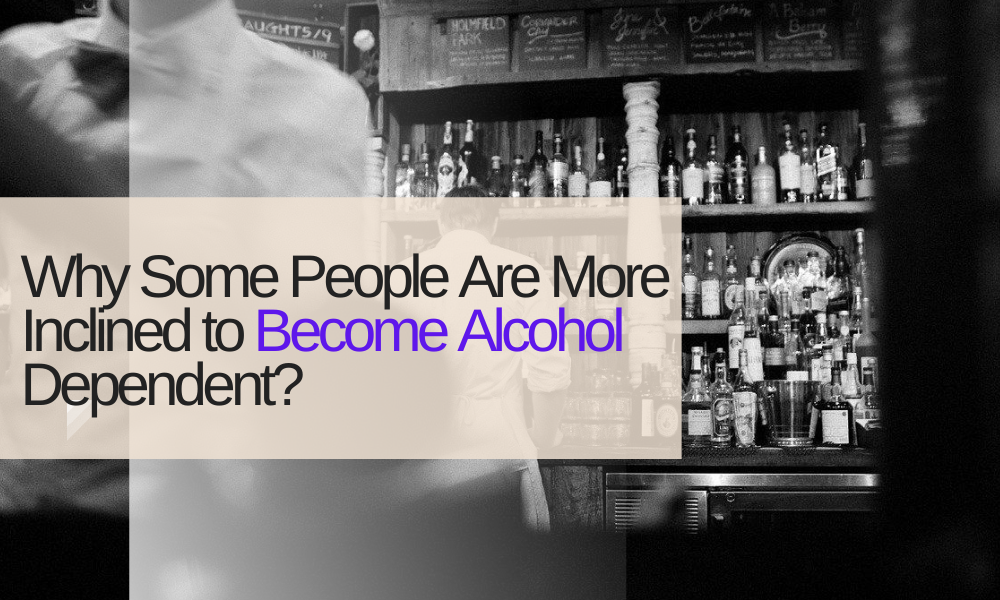 Scientists recently revealed the causes that push some people to drink alcohol more than others.

Let’s talk about alcohol consumption and the different effects of this type of behavior. Although there are people who can drink alcohol practically every day and never reach the point of “dependency“, some others can develop this addiction by drinking less frequently.

Have you ever wondered why people with similar characteristics and health history can react to alcohol differently? In this case, from a recent study, it was revealed that this type of behavior may have to do with how certain types of alcohol preferences are manifested in our brains.

The orbitofrontal cortex (OFC) and the relationship with alcohol consumption

According to the announcements of this experiment recently published in the journal eNeuro, in which rodents were used, some of which had alcohol preferences, had much higher brain activity in the orbitofrontal cortex (OFC) when consuming it.

The orbitofrontal cortex is a section in the brain that is associated with impulse or impulsiveness, decision making, and thus rewards. In contrast, rodents that had no interest in alcohol had less activity in that region.

As a result of this study, it was deduced that neuronal activity in the orbitofrontal region of the brain can compute alcohol preferences, which can directly influence this type of behavior (consuming alcohol).

To record the brain activity of rodents and explore manifestations of alcohol preferences, the researchers prepared an environment in which rodents searched or consumed alcohol and sugar substances freely in the space prepared for such exercise. At the same time, the existence of a correlation or connection between rodents’ alcohol preferences with activity in their brains was analyzed.

For one month, twenty percent of the rodents were offered access to specific ethanol solutions for the study. The research team had to educate rodents to self-administer these solutions, ethanol (between 10 and 20 percent) and sucrose (fifteen percent), the latter being a very precious reward for rodents, thus observing the patterns of consumption.

From this consumer behavior, it was possible to measure the neuronal activity in the orbitofrontal region, which is related to the motivations of the rewards and the use of drugs or different addictive substances.

The rodents were classified as consumers with more or less ethanol content, differentiating the amount they consumed in their cages, and with what determination they looked for the 20% ethanol substance.

It was observed that rodents were equally motivated to consume both sucrose and 10 percent ethanol, but overall, the rodents’ brain reactions varied according to their preferences for alcohol.

Activity in the orbitofrontal region was also observed to increase when consumers of the high-ethanol solution consumed alcohol, as well as when they consumed sugars. Conversely, low consumption of ethanol denotes less activity in OFC in response to alcohol consumption compared to sugar.

Based on these results, the strict relationship between OFC and the preference of rodents for the strongest substances was deduced. In simpler words, OFC encodes and determines each individual’s preferences for alcohol.

David Moorman, a behavioral neuroscientist at the University of Massachusetts Amherst and co-author of the study said, “These studies lead to major advances in the treatment of AUD (Alcohol Use Disorder) in humans. This means that, despite the different reasons why people consume different amounts of alcohol, in some way, these preferences are encoded in the OFC, therefore, the activation of this region could be used as a biomarker to treat potential disorders with alcohol consumption”.

With the progress of these investigations, the aim is to reduce alcohol consumption in people, especially those with AUD.

At the moment, and as long as the investigations continue, it is not bad that you can have a drink while enjoying the adrenaline of a game between the teams in the NBA, although always in moderation.

Although there is an arduous way to go, over time, the help of technology and sophisticated studies, both in the field and in the laboratory, we will be unraveling the secrets of certain behaviors that our brain hides.

Are you a social or compulsive drinker? How do you think alcohol consumption affects your daily life?