You are here: Home / Technology / How to Troubleshoot Issues with a 3-Way Switch 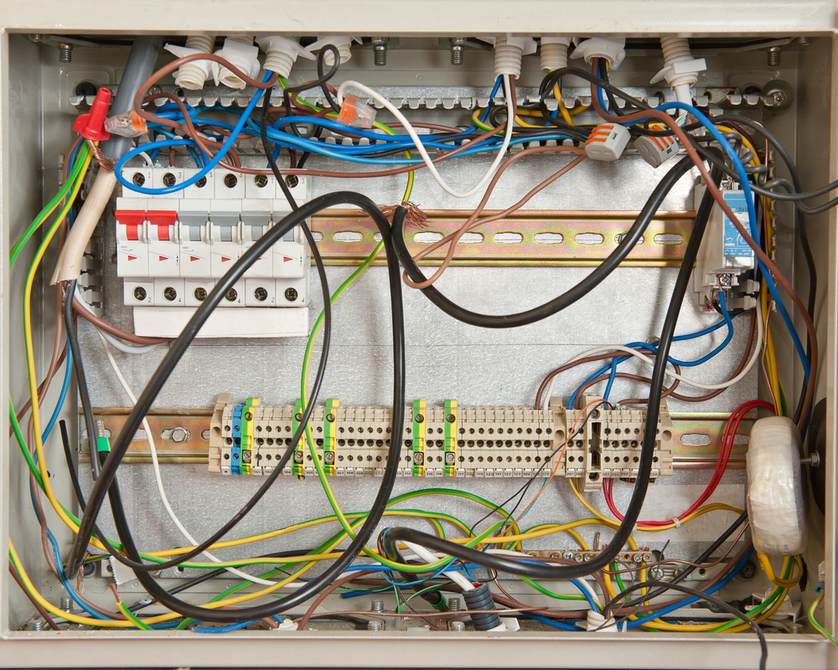 There are many ways a three-way switch can be wired. This makes troubleshooting them complicated, but not impossible. For example, the most common wiring plan has a light fixture on the load side while traveler wires, the wires that connect the switches to each other, run between terminals on both switches.

Occasionally, the installer may have made a mistake, flipping the standard arrangement and possibly causing confusion for the next person. Let’s discuss how to troubleshoot issues with a 3-way switch.

Before you assume the switch is completely dead, try it again. Bad switches may not fail completely. Instead, burned contacts may work intermittently. Try the switch again. If the light or other item comes on, start planning for the switch’s replacement.

Note that when you replace one three-way switch, it is best to replace the other one, too. You’ll want to learn how to properly wire the switches if you replace them yourself so that you don’t create other problems down the line.

Look for Other Switches that Control the Same Item

It isn’t uncommon to have 3-way switches in two locations controlling the lights. Before you assume the first switch is the problem, you should try the other switch as well. If that switch doesn’t turn the light on, then it’s very possible that the issue is the light fixture or the light bulb itself.

If the second switch does work, then the switch in the first control panel is probably broken. If nothing in the room turns on, then the issue may be due to a fuse or circuit breaker. However, if the second switch works, then you may have burned contacts in the switch or another issue that needs to be addressed. We’ll explain later on how you can determine the root problem and resolve it.

Look for What Else is Turning on and off

There are occasions where the wiring was incorrectly installed from the start. If your light switch to the dining room has never worked, the switch may be broken, the wiring may be damaged, or it may be incorrectly wired and is controlling something else in the house.

Two and three-way switches wired incorrectly can be fixed. If you have difficulties getting to the root of the problem, experts like Edward’s Enterprises will be able to resolve it and check for any other underlying issues.

They’ll also be able to help if you need new switches installed or a cracked receptacle removed if the job is too overwhelming for you. And if you need help on a tougher job, like installing or replacing outdoor outlets, they can help you with the installation as well.

Test the Switch with a Tester

Use a tester to check for continuity between the black or common terminal and the brass traveler terminals on the switch.

Once in a while, you’ll find that the real issue is incorrect wiring. For example, the red wires should be connected to the traveler or brass screw. When the wrong wires are connected, it will be impossible for the switch to work correctly.

On the other hand, if the wires were not tightly wrapped around the screw and held tightly into place, you may have an intermittently working switch. The solution in these cases may be rewiring the screw. Where possible, plug the wires into the contact at the back of the switch. This is regularly done when the house is built.

If the wires somehow came out, that would explain why the switch wasn’t working. Note that it isn’t uncommon for the black common wire to be wrapped around the traveler wires.

Reassemble and Manually Test It

When you think you’ve finished replacing the switch or rewiring it, try to test it with the tester. If everything looks right, then turn the power back on and test the three-way switch. If it works, you’ve successfully repaired the switch. Put the switch back, screwing it back into place. Then replace the light switch cover.

Testing and replacing wall switches are something you may be able to do yourself when you have the right tools and knowledge. Take care to be safe during this process, and don’t be afraid to call in a professional.